Russia to retrieve control over uranium 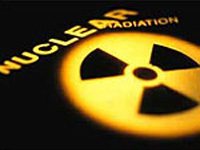 Russia and Mongolia signed an agreement establishing a joint venture for uranium mining "Dornod Uranium." The reserves of the fields are estimated at 22 thousand tons. The controlling stake in the future joint venture will be owned by the Mongolian side, and a subsidiary "Atomredmedzoloto" of Argun Mining and Chemical Association will act as the operator of the project.

The Russian government agreed on the development of joint projects with the Mongolian side last year. OAO Russian Railways (RZD) has become the managing company of the Ulan Bator railway with 50% of shares. It was a joint venture between OAO Russian Railways, and two Mongolian state companies - Erdenet IPF and MIZ - to improve rail infrastructure.

At the recent meeting of Prime Ministers of Russia and Mongolia, the parties have agreed to increase the authorized capital of Russian-Mongolian joint-stock company Ulaanbaatar Railway by $250 million in equal shares. VTB is also able to provide a loan for the purchase of Russian locomotives.

"Aeroflot has agreed with the Mongolian airline MIAT on joint operation of airlines. MIAT has suspended flights of its aircrafts on the route Moscow - Ulan Bator - Moscow, and the Russian company will increase flight frequency from three to five times a week."

Russia has been trying to get back to Mongolian uranium mines since 2007. In 2009, the country voiced its intention to establish a joint venture to develop uranium deposits launched by Soviet specialists. In particular, Russia was interested in Dornod deposit. However, the development license belonged to the Central Asian Uranium Company (TSAUK), and the company was monitored by the Canadian company Khan Resources (58% of shares).

In May, Rosatom chief Sergei Kiriyenko said that the Government of Mongolia in the near future may decide to establish a joint venture with Russia to develop a uranium deposit.

"The constituent documents of the joint venture have been already submitted to the Mongolian side. Just recently we met with the secretary of the Security Council of Mongolia. He confirmed to us that in the near future, the Government of Mongolia will make a final decision on this deposit [ ...] actually on the establishment of our joint venture," said head of Rosatom Kiriyenko.

There have been other signs of the Russian-Mongolian rapprochement. In July, President of Mongolia Tsakhiagiin Elbegdorj lowered to the bottom of Lake Baikal in bathyscaph "Mir".

Last fall the joint tactical exercises "Darkhan-3" of the units of Russian and Mongolian armies were held in Buryatia. One thousand military personnel and up to 200 units of military equipment of the armed forces of Russia and Mongolia participated in the training.

At the same time, the Russian company announced an offer to purchase the shares of Khan Resources, but the Chinese from CNNC have won the bid by offering higher price. Canadians regarded the Russian proposal as a hostile takeover, but they were satisfied with the price offered by the Chinese.

Yet, Ulan Bator with whom the Canadians have not coordinated their actions did not want the Chinese. On these grounds, TSAUK had its license revoked, and the Mongols will be developing the uranium deposit with Russian companies. According to the assessment of Kiriyenko, at the first stage of the project the investment will amount to $300 million.

Incidentally, this year ARMZ made an agreement with another Canadian company, Uranium One, regarding the purchase of its assets in Kazakhstan, Australia and the USA. The transaction is expected to close by the end of the year.

"We have agreed to cancel the debt at 97.8%, the remaining 3.8 million dollars will be repaid as a lump sum. This will open a new page in our credit and financial relations," RIA Novosti quoted Kudrin.

Also, Russia will give Mongolia 375 million rubles for the vaccination of livestock to increase the import of meat and milk to the Russian market, said Prime Minister Putin.