EU has new candidates for bankruptcy 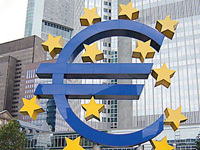 A problem enforcing experts to talk about «European debt crisis-2» has gathered. According to the poll made by Bloomberg agency more than 50 percent of respondents from among international investors consider default of Ireland as possible, almost 40 percent consider such a scenario as possible for Portugal. All that leads to impetuous cheapening of the European currency, experts say.

Now Ireland suffers sequences of the default of the housing market which became the heaviest one in the developed countries. Real estate prices have reduced by 50-60 percent. The Irish government also has nationalized a large proportion of the banking sector. The share of bad debts in it was near 50 billion euro. The Irish budget deficit is more than 30 percent of the GDP. Surely, in this situation risks of default of Irish state bonds have risen. Soaring prices of credit default swaps for sovereign papers of this state is the sign of it.

For the time being, the situation with Ireland is not discussed officially. The powers of the country insist that they do not hold negotiation about extention of an extraordinary credit. But the EU has no doubts that Ireland will ask financial help still. However, it is not clear when it is going to occur officially.

Now Dublin promises the EU to cut the real budget deficit up to three percent by 2014. For the present moment it is 12 percent of the volume of production. Budget deficit taking into account bad bank credits is 32 percent of the GDP. At the expense of cutting or rising of expenditures it is planned to reduce the deficit up to 9.5 - 9.75 percent of the GDP. The total sum of this economy has to be some six billion euro. Publication of the new draconian budget will take place in Ireland on December 7.

Portugal is another problem of Europe. Its economy is the weakest one in the EU. The level of state debt is 76.1 percent of the GDP and the budget deficit is 9.3 percent of the GDP. At that Portugal can refuse the euro at all if the government does not manage with the crisis in the country, Portugal's Foreign Affairs Minister Luis Amado said in an interview with Expresso.

"I hope that the parties understand that the actual exit from the Eurozone is an alternative to the real state of affairs. Markets will just enforce us to make this step», Amado said. He did not go into economic evaluation of his conception focusing on analysis of the policy of the Socialist government of Prime Minister Jose Socrates.

Amado said that the country needs a stable coalition. The minister assured also that he is ready to resign if it helps.

Socrates reacted to the statement rapidly. The head of state evaluated Amado's speech as typical one for the opposition which does not want to take managerial responsibility. "We allow nobody to force us to turn from the chosen way for defence of the country, resistance to the crisis and provision of the Portuguese with the government which will manage with the international crisis and to lead Portugal to the way of economic recovery", Prime Minister said at the economic forum of China and Portuguese-speaking countries in Brazil.

Meanwhile, for the sake of justice it is necessary to say that market players knew about the problems of Ireland and Portugal long time ago. But investors preferred to ignore this factor to the utmost while they were considering another idea - quantitative softening in the US. As soon as the last was considered in quotations market players remembered about the "problematic" Europe as a very good reason to fix long positions in the euro-dollar pair. The European currency dropped to $1.375 on Monday.