Most Russians Spend All Money on Current Consumption

Fifty percent of Russians have to spend all their money on current consumption without saving anything. A quarter of the Russian nationals have savings, but only 8 percent of them can live on that money for over one year. However, people's savings on bank deposits have been growing steadily. It increased by 26.7 percent in 2009 and exceeded 8 trillion rubles in May 2010. 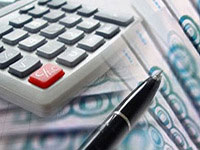 Most Russians Spend All Money on Current Consumption

Specialists of the National Agency of Financial Research said that less than a quarter of the polled Russians said that they had savings. The research was conducted in June 2010 and previously in October 2008.

Most Russians save their money in Russian rubles. The majority of the polled said that real estate is the most reliable and profitable way of investment. However, this investment requires considerable amounts of money and is not affordable to many.

A bank deposit comes second - 23 percent. Nineteen percent of Russians said that they put their money on current accounts. Every tenth Russian said that they save money on interest-free credit cards. Many prefer to follow the risk diversification principle: they save a part of their money in cash and another part in banks.

The funds of the population on bank accounts have grown by 26.7 percent and exceeded the level of 8 trillion rubles as of May 1, 2010. People tend to save more, banks raise their deposit interest rates, and people redistribute their funds from more risky tools to less risky tools, researchers said.

The growth of deposits creates certain threats to the balance stability of banks. Depositors can take 8 trillion rubles back at any moment.

Russia 's largest banks currently dominate the market of deposits, which endangers the existence of smaller and less known market members, experts say. Sberbank, a major state-run bank of the Russian Federation, takes the lead, although its share has been decreasing recently. As of the end of 2009, Sberbank was in charge of less than a half of the market of bank deposits - 49.5 percent. It can be explained with the bank's conservative policy towards deposit interest rates. VTB 24 Bank comes second - 28 percent of respondents mentioned this bank in June of this year, which is a little less than in October 2008 - 36 percent. Alfa-Bank comes third with 23 percent in June 2010 and 26 percent in October 2008.