Consumers learn to love environmentally clean products promoted by governments and corporations, demonstrating a high degree of loyalty to eco-brands and worrying about climate change. The world is saving resources, using energy-saving devices and counting gallons of water. In Russia this is promoted by the growth of tariffs of natural monopolies. 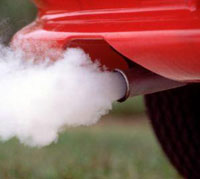 International research company Synovate and media company Deutsche Welle have studied consumers' attitude to the issue of global warming. The study involved 13,000 people in 18 countries. This is the third such survey conducted by Synovate on this topic since 2007.

Interestingly enough, in terms of the number of people who are “very concerned” with the issue of global warming, Colombia (69%), Ecuador (59%) and China (58%) take the lead, while the “golden billion” countries lag behind. In Germany, 64 % of respondents are “alarmed” or “greatly concerned” about climate change. In Japan this number was 56%, while in the U.S. it was 54%, and in the Netherlands - 38%. This is almost double compared with 26% of respondents in China in 2007. In Russia, 42% of respondents said that they were concerned about global climate change.

Russia Today: Satellite network meant to save the planet could cost the earth

Andrew Darryl, CEO of Synovate China, said that the government has initiated a great deal of mass programs that were designed not only to raise awareness of the need to protect the environment, but also contribute to a change in people’s behavior. For example, monetary incentives have been developed that significantly reduced consumption of plastic shopping bags, as well as cash rewards for buying cars with smaller engine capacity and / or engines with alternative fuel. The government implements these reforms into practice, while dealing with infrastructure development and launching educational programs for consumers, he added.

The main factor in climate change is the human influence (harmful waste, population growth, unsustainable economy, etc.). This is what 28% of respondents believe in. Additionally, attempts of automakers to use more environmentally friendly technologies are paying off. At the very least in public consciousness vehicles are no longer among the main threats.

The share of people who believe that the main cause of climate change is deforestation has doubled from 5% in 2007 to 10% in 2010. Most people who think that this is the main factor live in Kenya (41%) and Brazil (22%), where the negative effects of deforestation are already felt by thousands of people.

Yet, on the backdrop of economic downturn and ambiguous interpretations of climate fluctuations by the scientific community, the number of those who are not particularly concerned with the issue of climate change is growing. 9% of respondents, compared to 4.5% in last survey, believe that climate change is a natural cyclic process. This opinion was especially prevalent in Russia (25%), USA - 20%, and UK - 15%. In Germany, this opinion was expressed by 8% of respondents.

Yet, the negative impact of modern human civilization on the range of its own existence remains an indisputable fact. This is the reason why careful consideration of the environment is literally a matter of collective survival.

“In recent years, Russians have become more likely to reduce energy consumption (80% last year compared with 66% two years earlier), and buy energy-saving devices (61% vs. 45%), says Maria Vakatova, Director of Marketing of Synovate Russia-Ukraine. But those savings are associated with the desire to save their own funds, rather than taking care of our planet,” the analyst said.