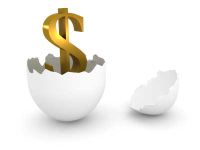 In recent days the public has been bombarded with alarmist stories that proclaim a financial disaster, placing the country as a serious contender for the deadbeat ... This campaign is obviously not innocent and aims to create a sense of guilt for continuing to transfer, until the last penny, assets of work, through the loss of purchasing power of wages and taxes.

Well policy makers and economists have been overworked in situationist arguments to justify the attack of unprecedented international financial speculators to our country. Some go further and say that all this financial turmoil is to devalue the Euro and by this means to dismember the European Union, so they decided, like good military strategists who are first to attack the weaker flanks (Greece, Portugal and Spain ). Nobody, but as for us, not only revealed the true nature of this coup, as no one dares to call the horse by name, a maneuver that some of our sages squared up and can assert that "markets are always right" ... Oh so!

History should serve to prevent the repetition of mistakes. However it has not been the case until one looks at it with disdain. Hence it is easy to manipulate events without which the citizen has such a conscience. The monitoring of financial markets has always been done by large speculators, for whom "the law of supply and demand" is a dead letter. As it is, they are formed as oligopolies. It only serves to convince the unwary of the same pseudo neutrality. Let us quote one of the facts, perhaps the most emblematic, that illustrates what we have just said and it shows the "modus operandi" of money-lenders who operate and have always dominated the International Financial System.

It was the year of 1815 and Europe was preparing for a decisive battle on their future. The principal belligerents were England and France, who fought among themselves for political and economic hegemony on the European map and vicinity. On June 18, in the vast landscape of Waterloo, Belgium, from a side profile is an multinational army, commanded by the English Duke of Wellington, and on the other, an army tested with immense prestige, though worn by an unsuccessful campaign in Russia, led by the great military strategist, Napoleon Bonaparte, who managed more by arms, to dethrone old monarchies, who managed the liberal ideas of the French Revolution ...

The expectations of the outcome of the Battle of Waterloo were very big and the defeat of Bonaparte was most expected, including the by the London Stock Exchange, already one of the most important in the world. Nathan Rothschid, one of five sons of the famed moneylender in Frankfurt, Amshel Mayer Rothschild, was one of the many speculators watching the outcome. To do so, provided the ground for a vast and well-mounted communications network that gave him notice of events almost on top of the hour, of a form quicker than even the military services Intelligentsia, so to their scholarly peers he was considered very "reliable."

Any sign from Nathan was an indication that it was "safe" to purchase or sell shares. The battle took place around the fateful day June 18, 1815 and, initially seemed favorable to Napoleon, who managed to get the Prussians to retreat. The truth is that, over time, the Duke of Wellington was winning positions with the Imperial Army . When the "smart" Nathan notes that Bonaparte was hopelessly losing, he announced in London, through its agents, the opposite news, the victory of Napoleon.

The stock prices plummeted as a big shipwreck ... The maneuver nevertheless was not yet complete. Nathan Rothschild then gave orders for the purchase of such shares, virtually worthless. When the true outcome of the Battle of Waterloo came to the City, it became public that the multinational force had finally and definitively imposed a heavy defeat to Napoleon, the shares rose almost the same rate that they had fallen and Rothschild of the English branch, who was already an important London banker, saw his speculative maneuver crowned with complete success on account of simpletons ... It is estimated that within hours his wealth increased by 2000%. It works!

The financial rating firms, which are not independent entities, much less scrutinized by the States, now play the same role that Nathan inaugurated that fateful day of June 18, 1815, indifferent to the thousands of lives that were lost at Waterloo. It is thus a tool for the International Financial System, which trumpets, including the powerful Rothschild family, who through a pseudo-scientific classification of the performance of debtors, seeks to maximize the income side of speculative capital in the shortest period of time. Notice that in under three months, Portugal paid about 4 times more interest for 500 million in Euros in tickets of the Treasury, now issued, with the same period of maturation, in other words, six months. It was 0.739% to 2.955%! This will result in an immediate alarmist financial rating of such companies. It is at least outrageous!

Of course, this manipulation has many internal agents who invariably repeat like "parrots" what suits the international speculators. Do they not betray the heart of the matter, for example, why theheavy downpour on Union states to be subjected to speculative interest in the International Financial Market when there is a European Central Bank, which lends money to the same system at just a symbolic interest rate? Why not do it directly? What then is such a bank if the principles of economic and monetary policy of the Eurozone are not taken into account in this situation? Actually they play the game of their owners, seeking to convince the peaceful citizen that there is no alternative and convince them that their belts have to be tightened even more ...

But the greatest responsibility goes to the rulers and in this respect they have been the current champion. We do not believe they are unaware of the facts mentioned here. Simply they accept and follow the way most convenient to their personal interests, completely indifferent to the future of the country, long mortgaged through wrong policy choices, without a referendum, which now they reveal is inadequate for our Economic and Social Development. "Cool, man!" Remember? Now hey, that is democratic!

16:22
Reuters reveals when Zelensky is willing to end the conflict in Ukraine
15:26
American publicist names the ultimate goal of the game against Russia
14:33
The US will close access to its technologies to the companies supporting Russia
14:29
Russian Finance Ministry refuses to acknowledge foreign debt default
14:02
Teen boy suffers severe injuries as electronic cigarette explodes in his mouth
12:51
Bloomberg: Russia defaulted on foreign debt for the first time since 1918
11:23
Russian Armed Forces block Lisichansk from the south, take hundreds captive
19:07
The EU to provide Ukraine with €9 billions
18:56
UK to provide Ukraine with higher performance rockets for HIMARS systems
18:13
Crisis with Ukrainian grain exports is blown out of proportion - Putin
World
Expert names the four Russian regions that the Pentagon is planning to strike