Age of Consumer Ends, But Not in Russia

Research carried out in 12 of the largest European countries shows clear changes in the populations’ consumer habits. Europeans are striving to spend less, to buy natural products, and are not embarrassed to obtain goods second-hand. In Russia the era of consumption has not yet ended, with the desires to spend and to save counterbalancing one another. 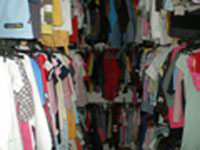 Age of Consumer Ends, But Not in Russia

According to data gathered during Observatoire Cetelem’s 21st yearly survey, the intention to save more and spend less has entered the mainstream in Europe. “Nothing will ever be the same as before”, believe 64% of Europeans, who, according to the report, are sure that the economic crisis is here to stay.

“After the stress test of European economies in 2009, a tendency to amass savings has arisen in many countries. Intentions to save have reached 50% (on average in these 12 countries) and have grown from 22% in 2009 to 34% in 2010. In 2010 more than a third of Europeans (34%) say that they plan to put away more. This is particularly true of Southern Europe, specifically Spain, Portugal and Italy. In Russia intentions to save have risen with particular sharpness: 63% in 2010, in comparison to 22% last year”, cites a RIA Novosti report.

Meanwhile, on average 53% of Europeans plan to increase their outgoings, whereas a year ago such “spendthrift” citizens numbered 65%. The desire to increase spending decreased particularly sharply in Germany (from 82% to 40%). In Russia the decrease is 8%, states Finmarket.

At the same time, a change of mood and endeavors to put aside money has developed particularly drastically in Russia. 63% of Russians surveyed intend to save, in contrast to 22% last year. “According to Rosstat, Russians’ outgoings exceeded their income for the first time in 2008, forcing people to draw from their savings. Now the time has come to replenish their financial reserves”, the survey reads. Also in Russia 72% of respondents are sure that the crisis will essentially change consumer habits. But they are not hurrying to change them.

In Europe, the buying and selling of previously owned goods has become noticeably more active: around 40% of Europeans bought and sold second hand goods. More and more purchases, including used goods, are carried out over the internet. The most active in this market are Germans, Hungarians and Poles, whereas in Russia, Portugal, and Spain, the possibilities of these trade channels are, for the time being, underestimated.

In Russia barely 20% are interested in the possibility of making such purchases. The most popular goods on the secondary market are academic resources, cars, clothes, and games.

“Russians, Spaniards, and the Portuguese are not supporters of such purchases: the risk of being deceived and receiving a worse quality product are more significant for them than the possible advantages”, with 67% of surveyed Russians taking such a view, and 38% considering that previously owned goods could be poor quality. At the same time, 37% of Russians consider buying used goods to be “a good method of consuming more”, RIA Novosti writes.

A new type of consumer is also appearing, who can nominally be called a “buyer-seller”. “The study shows that people’s intentions to sell used goods continue to grow”, reports say. On average in Europe 39% of the population bought second hand cultural goods, in the Russian Federation – 20%; cars – 30% on average, compared to 18% in our country; clothing – 27%, compared to 13%; toys – 22%, compared to 9%, writes Finmarket.

One more characteristic which is still chiefly a western one is ‘ecologisation’ of consumption, notwithstanding the fact that those who openly do great damage to the environment also dress in “green clothes”. In Europe, 63% of those asked use recycled paper (43% in Russia). 40% of Europeans (29% of Russians) save energy and water with the aid of special household equipment. Bio-products were bought by, on average, 38% of Europeans and 30% of Russians.