World’s Richest Men Do Not Know What Crisis Is

The number of dollar billionaires in the world has exceeded 1,000 people. The richest man in the world today is Carlos Slim, a Mexican media tycoon, Forbes magazine wrote this week. Slim’s fortune is evaluated at $53.5 billion. The total capital of 10 richest people in the world has grown to $342 billion over one year. 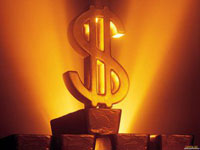 World’s Richest Men Do Not Know What Crisis Is

A year ago, the index made up $254 billion - $3.5 billion for each person on the list, which marked a $500 million increase in comparison with the previous year.

Most likely, Gates and Buffett were not upset with the news: their fortunes increased by $13 and $10 billion respectively.

The top ten of the list has new faces too. French billionaire Bernard Arnault, the owner of Louis Vuitton, Moet & Chandon (LVMH), appeared on the seventh place with $27 billion. No. 8 belongs to Brazilian entrepreneur Eike Batista, who made his fortune on mineral resources - $7.5 billion.

The number of Russian billionaires on Forbes’s list has doubled. Sixty-two Russians have fortunes larger than $1 billion, which makes Russia the leader among European countries. Germany comes second at this point with 53 billionaires.

248 members of Forbes’s list live in Europe: their fortunes total $1 trillion. The USA has 403 billionaires - $1.3 trillion. The Asian and Pacific region has improved its positions too: 234 billionaires and $729 billion in total.

World’s richest people mostly live in New York – 60 billionaires of the list can be found in Big Apple. Moscow is the world’s second billionaire city – 50 billionaires. The third place belongs to London – 32.