Gazprom Has No Chances to Retrieve Pre-Crisis Extraction Level

Gazprom’s administration approved the budget of the company for 2010 and considered forecasts for 2011-2012. The Russian gas giant exposed only the basic information on the next year: the income, the spending and the investment program. 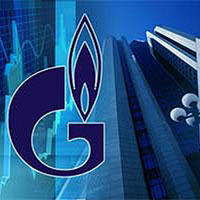 Gazprom Has No Chances to Retrieve Pre-Crisis Extraction Level

Gazprom plans to increase the extraction of natural gas, but it is not going to reach the pre-crisis level during the forthcoming three years. In 2012, the extraction will be 1% lower than in 2008 (542 billion cubic meters).

Sergey Pankratov, a Gazprom official, said that the demand on natural gas would restore completely only in 2013-2015.

The sales forecast is even worse: sales volumes in 2012 are expected to be 10% lower than in 2008. Shipments to the most lucrative market – Europe - will grow. In Russia, the consumption of gas is expected to drop by approximately 30 billion cubic meters in comparison with 2008. This is comparable to the annual consumption of gas in Spain and Turkey.

Nevertheless, Gazprom’s sales income will be growing. The gas monopoly counts on the growth of prices in Russia and the CIS. For Russia’s neighboring states the price on natural gas will grow 1.6 times already in January 2010 (the forecast average price for 2010 - $231). The price for Russian consumers will double by 2010 to 3,208.5 rubles per 1,000 cubic meters.

However, the growth of prices on gas for Europe is not going to happen: $270 for 1,000 cubic meters right to 2012 against $400 a year ago. Gazprom is guided by quite low prices on oil in forecasts from the Ministry for Economic Development.

Gazprom is ready to set a record in investments: the concern is going to spend over 1.5 trillion rubles on them already in 2011. The number will mark a twofold increase vs. the plan for 2010 and the 67% growth vs. the previous year.

The investments will be targeted the construction of giant gas pipelines to connect Gazprom’s gas deposits with Nord Stream. The extraction on the huge Bovanenkovsky deposit in Russia’s Yamal is slated to start during the 3rd quarter of 2012. Gazprom already spends over 200 billion rubles a year on the project.