iPhone Killer Makers Have no Chances Vs. Apple

Apple Inc is expected to report quarterly profit later during the day. If so, Microsoft’s No. 1 competitor will top Wall Street estimates. Steve Jobs has returned, and the maker of world’s most popular players and phones smashed profit expectations two years running. 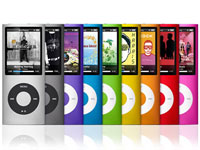 iPhone Killer Makers Have no Chances Vs. Apple

However, the sales of Apple’s iPhone will most likely be lower than the numbers reported last year. This year’s sales of the device may not justify the hopes of many investors, though.

Nevertheless, Apple holds good chances to report positive numbers to be one of the few in the industry of smartphone makers. Many of its competitors, who produce, as they claims, “iPhone killers,” report disappointing results. Nokia, Palm and Research in Motion – all of them report quarterly losses, The New York Times says.

Apple has sold 7.5 million iPhones, Pipe Jaffray said. The high demand for the new model – the iPhone 3GS – means that Apple’s sales will be steady in the next several quarters taking into consideration the fact that the previous model of the device was available in 80 countries by the end of the summer.

However, the sales of its another world-known product – the iPod – declined at the quarter ending in June. Apple said that it developed iPod Touch just because they saw a decline in the sales of iPods, Cnet News said.

New iPods were introduced near the end of the quarter with the new generation of Nano iPods that come complete with camera and FM radio. The full effect, which the new models produce, is expected to be visible next quarter.