There can be no winner in the dispute between Canada’s Magna and Belgium’s RHJ International for Germany’s automotive giant Opel. If the talks between the General Motors and the bidders end with no results, the car-maker may go bankrupt, Germany's Frankfurter Allegemeine Zeitung newspaper wrote. 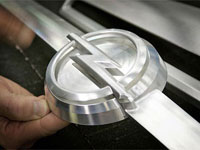 Germany’s Minister for Economy Karl-Theodor zu Guttenberg said in the interview with the newspaper that he was strongly against any attempt of the General Motors to include the buy-back option in the agreement to sell Opel’s control shareholding.

“There are still lots of question marks: for example the bidders have to ensure that the new Opel company can start with a strong capital base. That means that the bidders have to be ready to take on more risk themselves. Otherwise the E.U. Commission will not accept the rescue," the minister told the newspaper.

Russia and Canada intend to set forth tough requirements to the seller: either the GM sells Opel with a right to use all of its intellectual property, or Magna and Sberbank pull out from the talks.

The German government supports the sales of Opel to Magna and Sberbank, Itar-Tass news agency reports.

Ople was founded on 21 January 1863, began making automobiles in 1899, and was acquired by General Motors Corporation in 1929. As part of GM Europe, Opel is GM's largest European brand and, along with Vauxhall Motors in the UK, it forms GM's core European business.

In early 2009, the future of Opel was thrown into uncertainty as the global financial crisis drove GM towards bankruptcy. New GM Europe (Opel plus Vauxhall, minus Saab), is presently controlled by a trustee, with a controlling board made up of representatives from GM, employees and the German Government.

On June 1, 2009, GM filed for bankruptcy in a court in New York. As the sale of Opel and Vauxhall had been negotiated two days before, with the preferred bidder the Magna consortia, both companies were in effect ring-fenced from any GM asset liquidation. Magna stated that their plans for Opel included attracting GM or third-party carmakers to build their cars and electric vehicles in Antwerp. However, negotiations broke down with Magna over details, particularly the sale of intellectual property rights and distribution of all future GM products in the former Soviet Union.