USA to be the first country to recover from economic slump

A recovery from the worldwide economic slump will occur in East Asia only after it has begun in the United States, the Singapore ambassador to the U.S. said Tuesday. 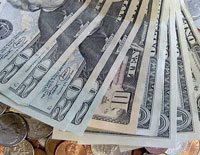 USA to be the first country to recover from economic slump

Protectionist measures won't help recovery in either the U.S. or east Asia, Chan Heng Chee told an audience at the Clinton School for Public Service. She said free trade "is a win-win situation that benefits both countries."

Chan said her country has been hard hit by the downturn. Before last fall, Singapore's economy had been growing at an annual rate of 8 to 9 percent, she said, citing figures from the International Monetary Fund. The IMF estimates the nation's economy will contract as much as 10 percent this year, she said.

"We are the most global economy in the world," Chan said, with a gross domestic product that's only a fraction of its exports.

Her nation is not alone in that respect, she said.

"East Asia's growth was built on globalization," she said. As a result, the major trading nations in the region - China, South Korea, Taiwan, Japan, India and Singapore - have seen their exports plunge 25 to 30 percent since the downturn, she said.

The U.S., which buys so many Asian goods, will be the engine for recovery in the region, Chan said.

"Unless the U.S. economy recovers, there will be no recovery in east Asia," she said.

It won't be the first time the U.S. has played such a role. She recalled that the strong U.S. economy, along with that of Europe, helped east Asia recover from a financial crisis that hit the region in 1997, the AP reports.

The recession-hit U.S. economy will start growing in the third quarter of this year, but the pace of expansion will stay subpar into the first half of 2010, a securities industry trade group said on Tuesday.

According to the the Securities Industry and Financial Markets Association's latest economic survey of its member firms, real U.S. gross domestic product will rise at a 0.8 percent annual pace in the July-September period and accelerate to a 1.9 percent rate in the fourth quarter.

The economy, mired in its longest recession since the Great Depression, was seen contracting at a 2.7 percent annual rate for the whole of 2009. Growth in 2010 was forecast at a 2.1 percent.

"This growth is not rapid enough to prevent unemployment from rising still higher," SIFMA said in a statement, adding that the unemployment rate was forecast to average 9.8 percent in 2010. The jobless rate rose to 9.4 percent in May, the highest since July 1983.

The survey, conducted from May 27-June 12, also showed the majority of respondents did not believe inflation was an immediate threat, citing significant economic slack and financial deleveraging.

The survey forecast core inflation, which excludes energy and food costs, rising 1.6 percent in 2009, before slowing to a 1.2 percent gain next year, Reuters reports.

The group said the Federal Reserve, which kicked off a two-day meeting on Tuesday, was not likely to shift policy -- either through interest rates or its unconventional asset purchases -- in a significant way any time soon.