The worst of severe US recession likely over

Oil prices soared above $71 a barrel Wednesday to reach a 2009 high, as investors poured money into crude markets to protect themselves against the inflation risks posed by a weakening U.S. dollar. 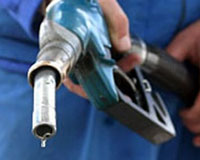 The worst of severe US recession likely over

Oil, which typically trades inversely to the dollar, has more than doubled in price in three months as traders also cheered news showing the worst of a severe U.S. recession is likely over. They brushed off data — such as a 9.4 percent U.S. unemployment rate in May — that suggest crude demand will remain weak. Even growing inventories have not checked crude's stellar rise.

"I wouldn't be surprised if we're testing $80 in a week or two," said Gerard Rigby, energy analyst with Fuel First Consulting in Sydney. "The momentum right now is too strong."

A weaker U.S. dollar and expectations massive fiscal stimulus spending could spark inflation have bolstered the market, the AP reports.

Since May 18th, oil prices have gained about 25 percent. Energy stocks .GSPE gained 4.5 percent during that time, while the S&P 500 .SPX rose 3.1 percent, led by resource and technology shares.

The hope, according to investors, is that the rise in oil prices boosts the earnings potential in the sector, which has been one of the poorer-performing sectors in terms of earnings in recent quarters.

But this will take time. Earnings expectations for the sector seem based on a U.S. crude oil price of about $49 a barrel, said strategists at Bank of America-Merrill Lynch, in a research note, Reuters reports.

"Changes to estimates for the energy sector tend to lag oil price changes, as consensus generally catches up to price changes over the subsequent few months," Merrill Lynch strategists said in a research note.