Developing countries to save oil prices from another decline

Another considerable fall in prices on oil will most likely not happen, Russia’s Minister for Economic Development Elvira Nabiullina said. The current rise of oil prices is based on speculative factors, but the demand on energy carriers will be determined with the needs of the growing economies of the developing countries, the minister said in an interview with The Vedomosti newspaper. 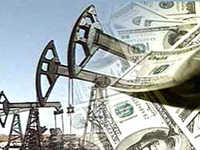 Developing countries to save oil prices from another decline

“The speculative factor appears on the budget investments in the economies of the countries, which determine the demand on Russia’s energy carriers. Forecasts say that the consumption of fuel in physical volumes will be declining. The demand in the economies of developing countries will determine the demand on fuel. This demand has not had a significant reduction even under the conditions of the crisis. Therefore, another considerable reduction of the oil prices does not look inevitable,” the minister said.

“Too much optimism may lead to negative consequences for the budget policy. That is why we proceed in our budget estimations from the forecast that the price of one barrel of Urals oil will make the average of $45 this year and $50 in 2010. Last year, specialists predicated $20 per barrel. The current situation is closer to what we expected,” the minister said.