This year to be the most challenging for economies since WWII

With overall global economic growth slowing to a near standstill this year, 2009 will be the most challenging year for economies since World War II, according to an International Monetary Fund report. 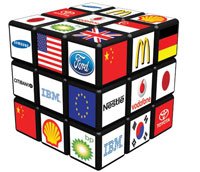 This year to be the most challenging for economies since WWII

The IMF, a global economic organization of 185 countries, says economic growth across the world will fall to just half a percent this year, down from 3.4 percent last year. Financial markets are expected to remain under stress despite many credit-easing actions, until investors and consumers regain confidence.

“Our world economic outlook anticipates a return to global expansion by next year,” Lipsky said in Tokyo today. “However, the recovery is likely to be more gradual than in past recessions.”

Confidence in the global economy jumped to the highest level in 19 months, a Bloomberg survey showed as central bank policy makers from Federal Reserve Chairman Ben S. Bernanke to European Central Bank President Jean-Claude Trichet indicate that the recession may be easing. Lipsky also said that the current downturn is far from over and that a rebound in Asia will hinge on how strong the global turnaround is, Bloomberg reports.

“It is clear that the current crisis -- that is coming to be known as the Great Recession -- is far from over,” he said. “The prospects for a broad recovery in Asia will depend on the speed of the global economic turnaround.”

Mr Lipsky did acknowledge "some encouraging signs" in Asia, such as an improvement in market sentiment and indications of stabilising exports and output.

Yet "many uncertainties remain, and the prospects for a broad recovery in Asia will depend on the speed of the global economic turnaround," he said.

For now, the IMF expected emerging Asia - excluding China and India – would contract by nearly 3 per cent this year before growing a modest 1.5 per cent in 2010, he said.

With a lot riding on the outlook for global growth, Mr Lipsky urged three global-based actions. Advanced economies ought to fix their financial sectors, while governments worldwide needed "sustained fiscal effort”, he said.

Commenting on the new influenza, Mr Lipsky said he found it "hard to predict" how fatal the H1N1 virus could be or how rapidly it could spread. But "even so," he said, "it could have notable effects" on global growth, Dow Jones reports.