There are two Russian brands on the list of the world’s most expensive brands. Russia’s two major competitors on the market of cellular communication, MTS and Beeline, stand next to one another on the list, on the 71st and the 72nd places respectively. Google still keeps its leadership as the most expensive brand in the world. It added another 16 percent to its value and became the first brand in the world evaluated at over $100 billion - $100.039 billion to be more precise, The Vedomosti newspaper wrote with reference to the annual research conducted by Millard Brown Optimor. 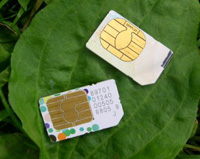 The cost of the MTS brand, which originally appeared on the above-mentioned list on the 89th position in 2008, gained 14 percent to $9.189 billion. Another Russian company appeared on the list this year – Beeline (the brand of Vympelkom) worth $8.884 billion). China Mobile ranks first among other cellular communication companies with $61.283 billion.

The two above-mentioned Russian companies make major investments in their brands to contribute to their ability to bring profit within the shortest amount of time possible. The fact that many Russians started to spend less on cellular communication did not affect the cost of the brands since telephone connection has become an essential service in today’s world. The high price of the brand mirrors the high marketing activity of both MTS and Beeline, experts say.

MTS spent $111 million on advertising last year. The advertising spending of Vympelkom (Beeline) is evaluated at $122 million. Beeline has been the most expensive brand in Russia for four years in a row, Inter-Brand Company said.

Other Russian brands included on international lists are not so successful. For instance, Baltika (the brewing corporation, the brand cost: $1.126 billion) dropped on the list of brewing companies from the 15th to the 17th place. The first place is taken by Bud Light, a US brand evaluated at $6.655 billion.