No growth and no reduction observed in Russian economy today

Russia’s Statistics Agency, Rosstat, published the statistics about the general state of affairs in the Russian economy during the first quarter of 2009. The information provides a clear picture of the future recession in the nation’s economy. 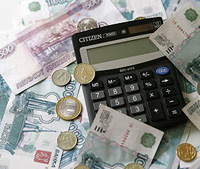 No growth and no reduction observed in Russian economy today

Russia’s Finance Ministry previously published the budget execution data over the first quarter, which demonstrated the growth of the state spending in March.

The results of the first quarter of this year do not give any reason to speak about either the temporal problems or the quick recover in the Russian economy. They do not stipulate a disastrous scenario either.

The industrial output in Russia dropped by 14.3 percent against the first quarter of 2008. The mining of mineral resources was cut by 3.8 percent. The extraction of natural gas made up only 85.3 percent vs. the levels of the previous year.

The setback in construction made up 19.3 percent at the end of the first quarter.

The information released by the Finance Ministry showed that the Russian government was spending more than usual in the first quarter of the year. The state spending made up 21.6 percent of the GDP against 15.1 percent of the GDP a year ago. The volume of the general funding has grown along with the spending on the national economy, the communal field and culture.

The tax collection dropped by 9.2 percent; the collection of taxes in the regional budget reduced by 11.4 percent.

The level of unemployment in Russia reached 9.5 percent of the economically active population: 7.1 million Russians are currently unemployed.

“The published information shows that the Russian economy has hit the moment when one may observe no considerable reduction and no considerable growth,” economist Igor Polyakov said.

The price of the crisis becomes more understandable for many Russians too. The cost of the consumer basket in the country made up 7,481 rubles ($227), which marked a 7.3-percent increase within the quarter.