General Motors has two months left before its end

The White House keeps the promise to wait for another plan to reorganize General Motors until June of this year. However, it seems that the US government already has a solution for the problems of the automaker. President Obama believes that an efficient bankruptcy would be the most desirable alternative for GM, Bloomberg reports. Many officials of Obama’s administration also believe that a quick and surgical bankruptcy of the huge corporation is inevitable. 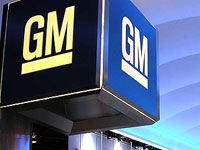 General Motors has two months left before its end

General Motors has a different suggestion. They think it could be possible to create a new company on the base of GM’s best assets. The production of unpopular car models and unprofitable assets will fall under the law about the bankruptcy protection. For example, Saturn and Hummer will be either sold or closed after bankruptcy. GM’s top management hopes to demonstrate that the company can stay afloat under the current conditions.

Obama initiated the dismissal of GM’s executive officer, Rick Wagoner, last week. The US president said he was giving the corporation the last chance to reorganize the structure if the company hoped to receive the government’s support in the future. General Motors previously intended to close five assembly works, fire 46,000 employees in 2009 and cut ties with thousands of dealers. The decisions would not be able to change anything for the better at the company. GM needed $16.6 billion more after it had already attracted $13.4 billion from the government.

Obama is also ready to insist on the bankruptcy of Chrysler in the event the company fails to set up an alliance with Italy’s Fiat. The US administration believes that the company would not be able to stay on the market as an independent structure, which therefore requires a consolidation with financially secure competitors.

The US administration gave Chrysler 30 days to negotiate a deal with Fiat. GM has 60 days to come up with a new restructuring plan. Both companies will be provided with "some working capital" during those time periods. GM owes roughly $28 billion to bondholders. Chrysler owes about $7 billion in first- and second-term debt, mainly to banks. GM owes about $20 billion to its retiree health care trust, while Chrysler owes $10.6 billion.