More reasons have emerged recently to disappoint those who hope for growth of oil prices in the nearest future. The Organization of the Petroleum Exporting Countries did not reduce the oil output quotas. Experts say that the cost of a barrel of oil will continue to decline, which may shatter all plans to replenish the Russian budget and increase its enormous deficit instead. 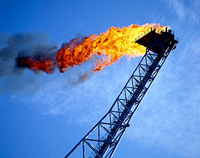 The oil exporting countries agreed to give the issue another consideration in 2.5 months at the next session which is slated to take place on May 28.

Saudi Arabian Oil Minister Ali al-Naimi said that any of OPEC’s reduction of the oil output would result in the growing prices on black gold and would not breathe a new life in the world economy. "You have to understand that the world economy is not as healthy as it should be, we should expect demand worldwide to be down,” the minister said.

The countries that voted to preserve the oil output quotas on their current level did so over their apprehension to exacerbate the crisis that struck the whole world, including world’s largest oil consumers – the USA, the EU and China.

A recent report from OPEC said that the reduction of quotas would not be helpful against the background of the decreasing consumption. “It may eventually result in surging prices and will seriously affect small businesses in developed countries, where small business is the fundamental business of their economic development,” Dmitry Alexandrov, an analyst with Financial Bridge Investment Company told Bigness.ru.

OPEC members may not execute their own decisions fully. There is quite a number of conflicts within the organization, which become even more serious against the background of surging or plunging oil prices.

“There are two wings of this organization. One of them – Iran, Algeria, Qatar and Venezuela – is the radical wing. These countries always support the active reduction of quotas. The other wing is the moderate one, which always understands and backs the position of developed countries, the position of consumers, and reluctantly agrees upon the reduction of output. This is Saudi Arabia first and foremost – this country plays the first fiddle as the OPEC’s leader,” Dmitry Alexandrov said.

Officials of the Islamic Republic of Iran backed the suggestion to keep the quotas on their current level.

Nearly all developed countries of the world invest in the development of such national projects as the production of electric vehicles and the infrastructure of their servicing (electric gas stations so to speak). The previous president of the United States initiated a large-scale program to build nuclear power plants, which was scrapped after the Chernobyl disaster.

That is why it could be good for oil exporters to keep the oil prices low to exclude any talks about alternative energy sources. The explored oil reserves of Saudi Arabia will be enough for decades. OPEC will have nothing to do in the world with no combustion engines.

Russia risks to suffer from a larger budget deficit under such conditions. The present budget calculations are based on the price of $42 per barrel, which will result in the budget deficit of one-third of all state expenditures.

Being one of the largest world exporters of oil, Russia has certain levels to exert its influence on the situation.

Investors will be waiting for Russia to say whether it supports the OPEC’s decision or not, experts say. Russia’s Vice Prime Minister Igor Sechin said that Russia refused to hand several new large crude deposits to oil companies not to increase the oil output. He specified that the deposits were located in the north-west of the country – the region is close to European consumers.