Memo to Obama: Nationalize the Banks; Fire your Advisors

Social action begins with concerns, which may include anger or outrage at injustice. But effective strategy must also take account of the power, positions, and possibilities of the various social forces and social classes involved. A number of such factors must be considered when mobilizing around the interests of ordinary people during the emerging world economic crisis. 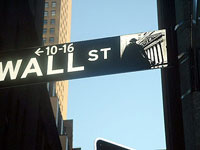 Memo to Obama: Nationalize the Banks; Fire your Advisors

First, we need to note that the share of national profits enjoyed by the financial sector in the U.S. rose from 6 percent in 1980 to 40 percent in 2008. In short, the economic power and weight of this sector has expanded astronomically in the past few decades. Almost half of all profits last year went to those who produced no goods or services useful to human beings, other than the manipulation of money and credit.

Alongside their economic ascent, this financial sectors' political power has simultaneously expanded. Witness the way the U.S. Congress rapidly agreed to the proposal of Paulson , Bush's Secretary of the Treasury, to devote 800 Billion or so of tax money, most of it from workers, to 'bailing out the banks'. This decision was taken without testimony by even one independent economist before the Congress. As one courageous legislator asked: "Are we the U.S. Congress or the boardroom of Goldman Sachs'. In the event, the answer became obvious.

It became even more obvious that finance capital is currently dominant in the U.S. when industrial capital, in the form of the 'Big three' Auto companies asked for only 25 billion U.S., a tiny fraction of the money just given to the banks, and had to beg hat in hand to garner in the end an even smaller support.

It is true that with the collapse of one bank and finance company after another the economic position of U.S. finance capital has become perilous. But with the election of Obama, whose economic team is almost entirely imported from Wall Street, its' political dominance within the U.S. state has, paradoxically, become even greater.

Nevertheless, public anger and insight into the manipulations and corruption of this sector has grown. In any war or struggle, it is essential not to fight every enemy at once but to concentrate forces where breakthroughs or victories can be won.

In this case, finance capital, the big banks and finance companies and their owners and major investors, is the place where such a breakthrough can take place.

That is why the demand - and a national march on Wall Street to demand - permanent nationalization of the banks and finance companies and their subsequent use as instruments of progressive public policies to boost employment, end foreclosures, and break the power of the finance aristocracy is key at this moment.

Another demand, not yet raised to any significant degree, needs to be that Obama fire the Wall Street crowd he has surrounded himself with. If he then does so, it would of course be a step forward. If he declines, it would begin to reveal the class character of the present administration to the ordinary people of America.

The sharp contradiction between the great political power of U.S. finance capital on the one side, and its economic decomposition and discrediting in the eyes of the people on the other, provides a real opportunity to put forward a pro-people agenda for nationally owned 'social banking' which puts peoples interests first.