Europe to Use Wage Cuts as an Alternative to Devaluation 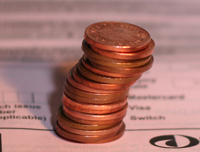 Europe to Use Wage Cuts as an Alternative to Devaluation

It's pretty clear to me at least that there is now one, and only one, major and outsanding topic towering head and shoulders above all those other pressing and important problems those of us following the EU economies currently find lying in our macro-policy in-trays: the issue of wage cuts. Not since the 1930s has the possibility of such a generalised reduction in wages and living standards loomed out there before policymakers, and doubly so if we now hit - as I fear we may well for reasons to be explained at the end of this post - systematic price deflation in a number of core European economies.

The issue that has suddenly and even violently erupted onto the European macro horizon over the last week (as if we didn't already have sufficient problems to be getting on with) is, quite simply, how, if they either don't want to, or can't, devalue, do politicians successfully go about the business of persuading the people who, at the end of the day, vote them into office (or don't) to swallow a series of large and significant wage cuts? And this is no idle and abstract theoretical problem, since in the space of the last week alone the issue has raised its ugly head in at least four EU member states - Ireland, Greece, Latvia and Hungary.

In the case of the first two of these devaluation simply isn't an option, since there is no a local currency to devalue, while in the case of the latter two the presence of prior large scale foreign currency borrowing means that authorities are nervous about anything that smacks of devaluation (since the providing banks would take large losses following the inevitable defaults, and the cooperation of these providing banks is necessary in the future if the economies in question are ever to recover). This latter view (no devaluation) prevails even though many economists, would argue that is a highly questionable one, since wage deflation on a sufficient scale will ultimately produce those very same defaults (with the added schadenfreude, as Paul Krugman points out, that even those who have borrowed in the domestic currency are also pushed into default).

Now, there is already quite a debate going the rounds on the merits or otherwise of devaluation in the Latvian case, but what I want to focus on in this post is the acute difficulty faced by any elected politician when it comes to enforcing wage cuts. This has to be one of the most important arguments in favour of devaluation, at least from the practical policy point of view. And this is also why, in my humble opinion, the IMF constantly ends up being the whipping boy, since the easiest way for any local politician to try to side step the responsibility for taking difficult decisions is to throw the country to the mercy of the "dreaded" fund (or at least, as seems to have happened in last weeks Irish case, threaten to do so), and then tell everyone that there simply is no alternative, as "they" will accept nothing less.

All this puts me in mind of the popular urban legend according to which mothers in Naples put the fear of god into their recalcitrant offspring by warning them that they'd better darn well behave since otherwise "the Catalans will come" (in reference to an infamous incident in the aftermath of the War of the Sicilian Vespers in which Catalan Commander Roger de Flor allegedly massacred 3000 Italian soldiers on his arrival in Constantinople - for default on a debt as it happens - simply because his mercenary troops had not been paid). Now mothers all over Europe are apparently telling their children "lock the front daw, Dominique Strauss Kahn is Coming".