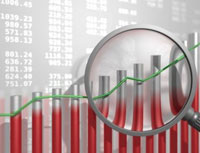 We are forced to labor under several apparent falsehoods that are nonetheless enshrined in our collective first-world political imagination. Foremost among them is that the rule of law prevails over the law of the jungle, where the mightiest governs by virtue of brute strength.

The fact is that the rule of law only succeeds because the arbiters of the law, the justice system, have at their disposal the greatest collective threat of violence within the political boundaries of the country. Obey the law, or else.

Similarly, the prevalence of U.S. policy around the world in all matters military and economic is a reflection of the threat of violence represented by the nation’s armed forces. While free speech and dissent are encouraged superficially (both domestically and internationally), American foreign policy decisions are implemented unilaterally and independent of any serious consultative process.

George Bush made it clear during the first “G20” summit in Washington on November 14th this year.

Earlier in the day, Bush had said that any solution to the financial crisis had to be an “American solution”. His comments were mostly ignored, however, since his imminent retirement rendered them irrelevant anyway.

Its been an interesting year, to put it mildly. Commodities prices and stocks have all discovered new lows. Gold has demonstrated consistently its reliability as a store of value. Less than a year after oil prices set all time record highs, it’s trading at 2004 price levels.

Our governments and their academic economists refuse to acknowledge the relationship between economic volatility and excess systemic capitalization, clinging desperately instead to the belief that the secret to never-ending growth is non-stop expansion of money supply.

Over-leveraging, relaxation of credit risk evaluation, and inflated demand for commodities is the inevitable result of such policy, resulting in ever-deepening recessions and wildly exuberant expansion phases.

But what if all this apparent mishandling of fiscal policy isn’t as ham fisted as it appears? What if the financial meltdown, initially triggered by rumors of Bear Stearns insolvency, was in fact a strategic move to trip the global economy into a recessive phase intentionally?

If you are one of the happy shiny people who believes that what is reported on CNN and what is said by government spokespeople is the unassailable truth, you might as well be on your merry way.

Since they want to stay elite and have the ability to purchase the confidence of governments, they cannot be identified through even the most determined investigative reporter. Like massive distant stars in the galaxy, their existence is inferred through their influence on closer celestial bodies.

Consider this: The overcapitalization of the economy provided the opportunity not only for Wall Street top tier banks to max out on fee flows from amplified global lending and the associated derivatives – it also took the commodity prices of its political rivals – Venezuela, Russia and Iran – into the stratosphere. With oil at $147 a barrel, these three countries were an increasingly sharp thorn in the side of U.S. foreign policy.

Why, Russia and Venezuela even engaged in joint military exercises in the Caribbean and Atlantic this month, resulting in an accord signed by the two countries pledging cooperation in nuclear energy and oil exploration.

If that doesn’t have the Pentagon Hawks twitching, they must be dead or asleep.

Nothing is more dangerous to the United States than strong military rivals sharing its hemisphere, and that fact combined with the high prices at U.S. pumps created plenty of incentive for the econo-political elite to pull the plug on the global feeding frenzy.

Whether you believe in its intent or not, the return of 2004 oil price levels has undermined the ability of those nations to finance new military equipment. Evidence of the struggle is visible in both countries.

In Venezuela, Chavez made it clear that he was going to turn his attention to nationalizing gold mines. Last week, his invitation to foreign oil companies to resume exploration within his country’s borders was met with widespread contempt. Who is going to invest billions only to have the resulting asset nationalized?

In Russia, Gazprom (OTC BB: OGZPY), the country’s state-owned and run oil and gas behemoth has lost 76 percent of its value since the beginning of the year as a result of low oil prices and absence of capital. That has to be putting a dent in the finances of the Russian war machine.

The anti-American saber rattling can still be heard, but it sounds more like the tinkling of teaspoons now.