Why Russian business can not get Western clients

Having spent quite some time working on developing Russian suppliers, being Russian myself and understanding Westerners and Western Business, please allow me to give the following treatise for advice. 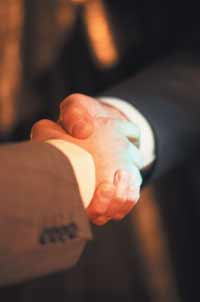 Why Russian business can not get Western clients

While Russian quality and technical expertise are generally quite good to over all superior, it is the so called business office, the decision makers and their staffs, that doom Russian industry to under representation in the world of manufactured goods. Why?

The simple reason is psychological. Russian businessmen: 1. Do not understand the Western psychology in the least and 2. Have a generally higher self opinion of their own intelligence, wisdom and cleverness than evidence would uphold.

It is written in the Bible: “When pride comes, then comes disgrace, but with humility comes wisdom”.

This, these businessmen, these heads of corporations, should contemplate first and then read on the rest of this treatise.

To begin with, this is not the Soviet Union, customers will not come to you and beg you to do their business. As silly as this notion may sound to many Westerners, this was the reality of the Soviet Union and is still the mindset of many older Russian businessmen. A corollary of this is: if I do not know you exist, I will not bring any business to you. Thus, and listen very carefully to this point, you must advertise. That is correct; you must invest money to get your name and your product out on the market.

Do not forget, this is a global market and there is absolutely nothing unique about Russia that would in and of itself, drive business to your Russian corporation. On expertise there is competition from the Germans, Italians, Koreans, Japanese and others. On price there is the rest of Eastern Europe, China and India. A simple example of this: the OTC (Offshore Technology Conference), the biggest oil and gas conference in the world, held yearly in Houston, Texas, USA. Of the 2,400+ companies that were represented there for the 2008 event, 3, that’s right, THREE were Russian. There were over thirty Chinese companies, along with various Chinese ministries and about as many Indian companies. Guess who will get more business?

Russian companies going to Russian expos is fine if you want to attract Russian business, it is all but pointless if you are trying to get foreigners to come trade their time and money for your goods or services.

Further, discard the notion that the Western Corporation is both rich and yet stupid or foolish. The only people who are rich and stupid are those who inherit their money, not those who earned it. Large international corporations do have fools amongst them, like any human organization, but they are not the majority but a small minority. Those of us who deal in international business, often know more about your business, from the financial side, than you do. So go ahead and drop the idea that you can hang spaghetti off of the inastrantsa (foreigner’s) ears.

Now on to the business. It is true, that most Western business initially does not run on relationships, quite the opposite, relationships are developed last, after business is already moving forward. This is of course the opposite of eastern (and thus Russian) companies. When foreigners send inquiries and even when they show up the first or sometimes the second, time, they are often ignored or given very little attention. Usually, this is will kill any chances of moving forward, period. Few Westerners will continue to push if this is the treatment their inquiries receive. Thus, when you get an inquiry, be it by email, phone call, fax or in person, it should always be treated as a chance to earn money, not an interruption of your day or your staff’s day. Do not wait till you get the second or third inquiry before taking it seriously, most of the time there will be no second or third inquiry.

Next, do not take two or three months to respond. In the West a standard response time is 1 to 2 weeks, that’s right: 5-10 business days. Indians may take a month, which is really stretching it. The average Russian time is two or more months. Again, there is nothing so special about your company that any Western businessman will stand around and wait for you to get them a quote, when you feel like it. If an RFQ (request for quotes, in other words, a bid) is run and nine out of ten companies return their quotes, by the time the Russian company gets around to sending their quote in, often time the decisions are already made and their work is simply deleted or filed away for later (if ever) review.

The business world does not wait.

Worst yet, the Russian business attitude is one of: if there is nothing to communicate I will not communicate. So while the slow as a snail quoting process is moving forward, the customer is absolutely in the dark. Often times inquiry emails or calls go unanswered. To a Western business, this is the same as telling them to go to Hell…and most will, in frustration, take their business elsewhere.

Now that we have finally submitted the quote, we get to the next point that usually kills any chance of business going forward 1. Pride and 2. Traditional haggling. Pride: the Russian businessman often thinks he is the smartest in the room (which may or may not be true) and that his opposite is a rich fool (rarely if ever true…this stereotype of foreigners has been around with us eastern Slavs for 1,200 years it’s time for it to die). Accept the fact that more than likely, the foreigner knows his business, knows what proper prices are. He has come to Russia to get 1. A high quality good for 2. A low price.

That is correct, Russia is a low cost country. With a work force that gets paid about 1/4th that of Western Europe. With steel that is 20% cheaper, energy that is 30-50% cheaper, taxes that are 30% cheaper, Western businesses come to Russia to save money and many leave very disappointed. Why? Because the greed and pride factors, along with a haggling culture, drive most initial quotes to be as high or higher than the Western industries. If I have a German supplier, why on earth would I go to Russia just to pay German or close to German prices? The answer is simple, the answer is one that Indian and Chinese businessmen understand and that Russian businessmen refuse to consider, the answer is: I would not. Especially when the German supplier often gives better service.

After having had to fight just to have a quote request taken seriously and than having to wait for months to get a quote, to get a quote that is so outrageous is simply too much for most Westerners. True, the Russian businessman may be expecting the would-be client to come back with a price 20% or 30% lower and thus haggle it out, but it simply will never get to this point. Why?

Because even if the Westerner is not outright turned off by the ridiculous price, when Westerners haggle over prices it is usually within the 5-10% range. So when the Western would-be client, puts in his logic formula of 5-10%, the price given by the Russian side, will still be way to high to bother with and thus Western monies will go to Indians, Chinese, Brazilians and others who all thank the Russian businessman for his pride, since this pride feeds their wallets.

Now, only because I am as generous as I am, I will impart one last bit of wisdom.

Suppose you have finally gotten the Western business as a client and it is time to raise prices, what now? Well, the typical Russian supplier method of dealing with Russian clients is something along the lines of a mugging. The supplier will announce some ridiculous price increase, back it with absolutely nothing, giving a relatively short period of time to negotiate or respond and then stop production. This is absolutely the surest way to drive away any and all existing Western clients. I have no idea how many times I have heard from one would be supplier or another that they had business with so and so company and that after a year (and the aforementioned price increase) they just left.

Read this part very carefully! When asking for a price increase, first of all, ask, do not demand. There is a point, of course that if you are absolutely ignored you may threaten and cut off the customer, but do not start off with the stick. Remember, this is a relationship not a bar fight. Second of all, do not ask for some ridiculous price increase in expectation of haggling. This is no different than the quote process and will have the same results. Furthermore, have all your explanations and justifications prepared and in an easy format and prepare to show your supplier receipts to back this up. Most importantly: DO NOT STOP PRODUCTION. This is the worst of the worst actions from the view of a Western business.

So, armed with this knowledge, it is my hope that Russian business will be able to go forth and actually compete effectively, to be able to show the quality of the work that rarely gets out past the pride of its businesspeople and yes, swallowing the pride will be the hardest part of all.