The Price of Oil 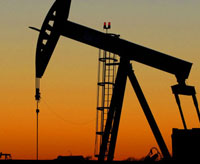 The Price of Oil

The “Law of Supply and Demand” is a quaint euphemism that some people still believe in. Over the past 35 years we have heard one silly reason after another as to why oil prices rose or fell.

Oil is the single most important commodity on Earth. If oil stopped flowing, civilization would come to a screeching halt and we would all be left standing naked in a wilderness. Oil is not just to burn in cars.

There are thousands of everyday products we use every single day. In 1955 DuPont Chemicals had extracted 250,000 different chemicals from a lump of coal. It was only a matter of how hot you cooked it at what pressure. Oil is the same. Actually, it is insane to burn petroleum in cars and factories.

How much is a barrel of oil worth? In the 1990 Gulf War, we effectively paid over $150 a barrel. In the Iraq war we are currently paying over $300 a barrel. Add the total cost of this war, including medical care for our wounded soldiers, divide by the number of barrels produced in Iraq and you will see that it is over $300 per barrel. So, is that what oil is worth?

I think it is worth far more.

When we invaded Iraq, they were pumping a little over 2 million barrels a day. We shut that down and the price of oil stayed constant. This year, we put enough Iraqi wells back into production that Iraq is producing more than when it was dry. Oil prices rose. In May of this year, Saudi Arabia announced that they could not find enough buyers for its oil. The price rose.

Based on this news, oil should go up, but it went down.

A recent USGS report on the Arctic regions of the world stated that there are 90 billion barrels to be had. The estimate is just a bit off, if not just a downright lie. Just the state of Alaska probably has that much. Prudhoe Bay, a tiny portion of that Arctic region, has produced over 10 billion barrels with another 13 billion still there. The Kuparuk formation underneath Prudhoe Bay formation has more than Prudhoe Bay. And there are 5 more pay zones underneath that same, very small, chunk of Tundra.

Noted, experienced experts constantly say that Alaska has enough oil to last us 200 years. ANWR is a joke. We don’t need it.

Why don’t we just drill the heck out of the USA’s vast reserves? Silly question.

If we do, and oil does run out some day in America, where then do we get our oil? From countries that hate us? Does that make sense? Only to a traitor.

The “War on Terror” is simply military aggression to take other nation’s oil.

During the “Oil Shortage” in the early 1970s, we saw hundreds of fully loaded tankers in the Chesapeake Bay. Fishermen saw, just beyond the horizon, on the East Coast, West Coast, Gulf of Mexico, hundreds of the same. There was NO shortage. Just another Geo-political game being played at our expense.

During that fraud, the CEO of Exxon was asked about the “Law of Supply and Demand”. I believe it was Time magazine where he said, “We have the supply, so we can demand whatever we want.”

What can we expect the price of oil to be? The US Congress has a resolution pending now, H Con Res 362, to impose a blockade on Iran by sealing off the Strait of Hormuz. That may push the price to $300 a barrel, or $6 for a gallon of gas. A blockade is an “Act of War”.

Russia has moved ships to the area to protect Iran, and has told the USA several times, “If you attack Iran, we will consider it an attack on Russia”. THAT is why none of Bush’s threats, in the past year and a half to go after Iran’s supposed nuclear stuff, have panned out. He is really not as stupid as some may think. Just because he read a children’s book upside down during the 911 attacks, does not mean he is stupid.

If the USA engages Russia in a war in the Persian Gulf, oil may very will go to over $600. China also has some very important interest in that region of the world and may join in with Russia to halt our aggression. Especially since, about a year and half ago, Russia and China signed a joint venture “to halt American aggression”. China has more than egg rolls to toss at our ships.

Russia has accepted several Middle Eastern Nations into its fold, saying again, “An attack on our friends will be considered an attack against Russia”.

A blockade against Iran will create dangerous shortages to those friends of Russia.

The Iranians, the Russians, the Chinese will fight without mercy, because, they know, we torture prisoners.

85% of the wells drilled in America are drilled by the little guys. 62% of the oil produced is from the little guys. Oil prices go high to encourage the little guys to drill. When there is enough oil in inventory, the price bottoms out, the majors move in and buy that oil for pennies on the dollar.

Pure unbridled greed is what determines the price of oil. And war or no war, it will go higher.