The Institute of Physics of the Belarusian Academy of Sciences was an undisputable leader in a number of military technologies in Soviet times and still preserves world’s leading positions in a number of scientific directions. 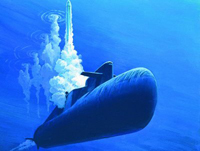 Recently Belarusian scientists presented a number of technologies which may considerably increase combat opportunities of the submarines. In particular Russian shipbuilding designers already demonstrated interests in an optical laser-television observation system, which can extend the range of locating submarine objects and provide a better picture.

According to a well informed source of Pravda.Ru in Technopark Metolit, which deals with international marketing of the new system, it is not excluded, though, that for the first time the development of the Belarusian scientists will be implemented while upgrading the existing subs of Venezuela, China and possibly other countries.