About one million people who raised mortgage loans in the USA have proved to be insolvent and can no longer repay mortgages. A research work conducted on the subject by the US Mortgage Bankers Association said that it became a record since 1953. 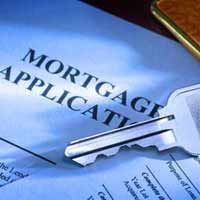 As a matter of fact, the number of people unable to repay their mortgage loans can be even higher because specialists of the association analyzed only 80 percent of all delinquent loans, which constitutes 46 million loans.

“People who own homes where there’s no equity, prices have fallen and they’re ‘under water’ (owe more on a mortgage than their home is worth) are driving Massachusetts delinquencies upward,” bankers association economist Jay Brinkmann said.

Housing has been suffering through a severe slump that has dragged down house prices in many parts of the country. The fallout is afflicting both homeowners and the economy at large, which many fear is on the brink of a recession or in one already.

Home foreclosures shot up to a record high in the final quarter of last year, the Mortgage Bankers Association reported Thursday.

Foreclosures are likely to keep on rising, even with industry and government efforts under way to help people at risk of losing their homes, the AP reports.

The subprime mortgage crisis was a sharp rise in home foreclosures which started in the United States in late 2006 and became a global financial crisis during 2007 and 2008.

The crisis began with the bursting of the housing bubble in the US and high default rates on "subprime" and other adjustable rate mortgages (ARM) made to higher-risk borrowers with lower income or lesser credit history than "prime" borrowers. Loan incentives and a long-term trend of rising housing prices encouraged borrowers to assume mortgages, believing they would be able to refinance at more favorable terms later. However, once housing prices started to drop moderately in 2006-2007 in many parts of the U.S., refinancing became more difficult. Defaults and foreclosure activity increased dramatically as ARM interest rates reset higher. During 2007, nearly 1.3 million U.S. housing properties were subject to foreclosure activity, up 79% versus 2006. As of December 22, 2007, a leading business periodical estimated subprime defaults would reach a level between U.S. $200-300 billion.

The mortgage lenders that retained credit risk (the risk of payment default) were the first to be affected, as borrowers became unable or unwilling to make payments. Major banks and other financial institutions around the world have reported losses of approximately U.S. $150 billion as of February 2008, as cited below. Due to a form of financial engineering called securitization, many mortgage lenders had passed the rights to the mortgage payments and related credit/default risk to third-party investors via mortgage-backed securities (MBS) and collateralized debt obligations (CDO). Corporate, individual and institutional investors holding MBS or CDO faced significant losses, as the value of the underlying mortgage assets declined. Stock markets in many countries declined significantly.