iPod to save US flagging economy

iPod is a brand of portable media players designed and marketed by Apple and launched on October 2001. The line-up currently consists of the hard drive-based flagship iPod classic, the high-end touchscreen iPod touch, the mid-level video-capable iPod nano, and the entry-level screenless iPod shuffle. 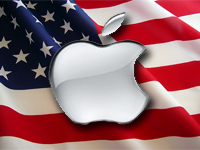 iPod to save US flagging economy

The humble iPod could emerge as the unlikely saviour of America’s flagging economy.

About $60 billion is expected to pour into shopping malls in June and July as Americans rush to spend the tax rebates handed to them by Washington, which are intended to kick-start the economy.

Economists expect much of the rebate money to be spent on household goods and electrical items – and that means television sets and iPods.

Last month, President George W Bush and Henry Paulson, the treasury secretary, unveiled a series of proposed tax rebates worth about $150bn, which return cash to low and middle-income Americans and offer investment incentives to business.

The move was designed to boost consumer demand – a key driver of US growth – and help bring the world’s biggest economy away from the brink of a recession, dispatch.co.za reports.

Several industries are modifying their products to work better with both the iPod and the AAC audio format. Examples include CD copy-protection schemes, and mobile phones, such as phones from Sony Ericsson and Nokia, which play AAC files rather than WMA. Microsoft's Zune device also supports AAC and it has adopted a similar closed DRM model used by iPods and the iTunes Store, despite Microsoft previously marketing the benefits of choice with their PlaysForSure initiative. Podcasts and download charts have also had mainstream adoption.

In addition to its reputation as a respected entertainment device, the iPod has also become accepted as a business device. Government departments, major institutions and international organisations have turned to the iPod as a delivery mechanism for business communication and training, such as the Royal and Western Infirmaries in Glasgow, Scotland where iPods are used to train new staff.

iPods have gained popularity for use in education. Apple offers more information on educational uses for iPods on their website, including a collection of lesson plans. There has also been academic research done in this area in nursing education and more general K-16 education. Duke University provided iPods to all incoming freshmen in the fall of 2004, and the iPod program continues today with modifications.