In attempt to broaden its online audience, The Washington Post Company on Monday is to introduce an online magazine primarily for a black audience, with news and commentary on politics and culture, and tools for readers to research their family histories. 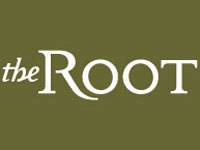 Henry Louis Gates Jr., a writer and a professor of African and African-American studies at Harvard, is the editor in chief of the magazine, called The Root, which he conceived with Donald E. Graham, chief executive of the company. The magazine is based in Washington, free to readers and will be found at www.theroot.com.

Several well-known authors and scholars have agreed to contribute to The Root, including Malcolm Gladwell and William Julius Wilson. The managing editor is Lynette Clemetson, who was until recently a reporter in Washington for the The New York Times and previously was a national and foreign correspondent for Newsweek.

The magazine they describe could be seen as a more highbrow, political alternative to established magazines like Ebony and sites like BlackAmericaWeb.com and BlackVoices.com . The Root’s emphasis on genealogy will set it apart from those competitors, which pay more attention to entertainment, lifestyle and consumption, the New York Times reports.

The site, which began coming together in October, is the brainchild of Gates and Post Co. Chairman Donald E. Graham. Gates got to know Graham through several years of joint service on the Pulitzer Prize committee. The Root is a spinoff of Washingtonpost.Newsweek Interactive (WPNI), a wholly owned subsidiary of The Post Co. and the parent of washingtonpost.com.

When Graham broached the idea of The Root to Gates several months ago, "it took me precisely one nanosecond to say, 'I would love to do that,' " Gates said in an interview on Friday.

Unlike the Times and the Journal, however, it does not currently print a daily national edition for distribution away from the East Coast. However, a "National Weekly Edition", combining stories from a week of Post editions, is published. The majority of its newsprint readership is in the District of Columbia, as well as its suburbs in Maryland and Northern Virginia.