The Fed seems inclined to err on the side of more liquidity these days, and that may be the deciding factor for 2008. Indeed nominal M2 money supply is rising at a rate well above GDP's nominal pace, a trend supported by the drop in Fed funds since September. 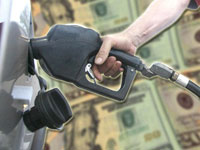 In fact, another rate cut may be coming, or so the futures markets is predicting. As we write this morning, the January '08 Fed funds contract is priced in anticipation that the central bank will cut rates by another 25 basis points when the FOMC meets on December 11.

Nonetheless, no one should assume that forecasting is easy at this juncture. Divining the future is especially complicated at the moment by a number of financial and economic cross currents. To name but a few:

1) The dollar in recent days has staged a mini rebound, prompting some pundits to predict that the battered buck may be due for higher terrain against its paper counterparts. If so, that may give the Fed room for cutting rates without sparking cries of inflation.

2) Oil prices have dropped in recent days. A number of analysts have said (again) that the underlying fundamentals don't support $90-plus oil. If traders agree, and oil continues falling, headline CPI may be due for a fall, thereby giving the Fed more latitude for rate cuts.

3) The expectation that the U.S. economy is slowing is widespread, which may help take the edge off the oil bull market. But while a slowdown seems likely, there's a fair degree of disagreement of how far GDP's pace will fall and how long it will last. In fact, one might wonder if some are too pessimistic when it comes to the economic outlook.

Consider a story today from The Wall Street Journal, which reported that its latest survey of economists reflected a sharp drop in GDP for Q4 followed by a rebound in 2008, as a chart from the article (see below) illustrates.

If so, what does this imply for inflation? Meanwhile, if reacceleration is coming, can the Fed justify another rate cut? Monetary policy, after all, works with a lag of several quarters if not longer. Today's rate cut, as a result, can cast a long shadow, seekingalpha.com reports.

Worker productivity surged in the summer at the fastest pace in four years while wage pressures eased.

The Labor Department reported that productivity — the amount of output per hour of work — jumped at an annual rate of 4.9 percent in the July-September quarter. That was more than twice the 2.2 percent rise in the second quarter and was the fastest surge in worker efficiency since 2003.

As Pravda.Ru previously reported, wage pressures eased. Unit labor costs dropped at an annual rate of 0.2 percent, the best showing in more than a year.

Both outcomes were far better than expected and should relieve some concerns that a surge in productivity that began in the mid-1990s was in danger of being reversed.

The slight drop in wage pressures was especially welcome after hefty increases over the past four quarters. Rising wages are good for workers. But if higher wages are not accompanied by strong productivity gains, they raise concerns among Fed policymakers about inflation .